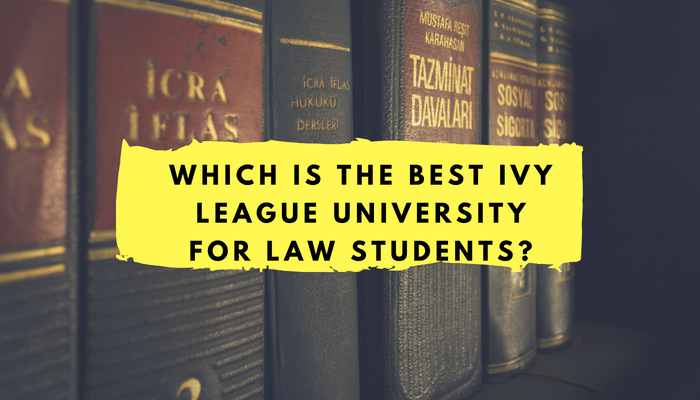 Ivy league universities are few of the best universities in the world. Students from all over the world dream of getting admission in these few universities. Although Ivy League is a collegiate athletic conference of sports teams from eight higher education institutions located on the east coast, the name “Ivy League” has become synonymous with the highest quality of education in the world.  These schools are widely known for the kind of education these impart to the students. 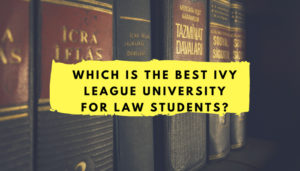 Although all of these universities offer the highest quality education and it is very difficult to rank them in any order, but still, here are the best ivy league universities for law program:

Yale University comes at the first spot among the Ivy League universities when it comes to law program. Often referred to as YLS, the Yale Law School is located in New Haven, Connecticut and was established in 1824. There are many programs that this school offers to its students. Some of them are LL.M., J.D., J.S.D, M.S.L. and Ph.D. The selection process of this school is the most selective in the entire United States. The school is so selective that less than one in every ten applicants is offered admission.

Harvard University doesn’t need any introduction. The university has been one of the best institutes in the world for decades now. The law program of this university is no exception. The Harvard Law School was founded in 1817 and it is the oldest continually operating law institute in the United States. The school is considered to be one of the best and most prestigious in the entire world. The yield rate of this institute in the session 2013-14 was 66.2% and it was the second highest in the country. The Harvard Law School was ranked first in the 2016 QS World University Rankings. This school has a larger class size than all the other Ivy League law schools. Every class in the J.D. program of this law school has around 550 students. This number is the highest among the top 150 law schools in the US.

Cornell University is a private Ivy League University and sits tightly at the third spot in this list. Cornell Law School of Cornell University offers three-degree programs namely J.D., L.L.M. and J.S.D. and there are several dual degree programs in collaboration with other professional schools of the university. The law school has always been a very popular choice among the aspirants and on the top of the wish list of ever law aspirant. The school has always been known to produce some great leaders in the field of law and beyond. Cornell Law School was established in 1887 as Cornell’s Department of Law and has been providing top quality of education in the field of law. The school has great placement records. Almost 96 percent of graduates get full-time jobs within nine months of their graduation. Also, the starting salary of the graduates of this university is very good. The median private sector starting salary for the class of 2014 was around a staggering $160,000.

At the number fourth spot is the Columbia University. Columbia University is a member of the Ivy League, has always been regarded as one of the best in the world. The Columbia Law School has been regarded as the same when it comes to law education. The law school has always been ranked among the top 5 by U.S. News and World Report. Columbia Law School has always been known for its placement power in most elite law firms in the United States. Also, it is widely regarded for its strength in corporate law. This private law school is located in 1858 and is located in the capital of the city. It has been one of the top law schools of the country ever since its establishment. The school has produces a brigade of notable alumni. This brigade includes U.S. presidents like Teddy Roosevelt and Franklin Delano Roosevelt, nine Supreme Court Justices and a huge number of U.S. cabinet members and presidential advisors. The students of this law school get a job after nine months of their graduation on an average.

At the last spot is the renowned University of Pennsylvania. The University of Pennsylvania is one of the most prestigious and oldest law schools in the world. It is also one of the most selective schools in the world. The acceptance rate is a mere 17%. It is a private institution which also offers part-time programs to the students. There are many full-time programs including J.D., LL.M., LL.C.M. and S.J.D. This law school is currently ranked at the seventh spot in the entire world by the U.S.  News and World Report. The law program of this university can seem to be a bit too expensive at times. It has an extremely expensive resident tuition fee of around $61,000. The non-resident tuition fee is also the same amount and thus equally expensive. There is a very low percentage of students getting scholarships. The bar pass of this law school is 91.3%, which is higher than 90% of the law schools in the United States. Also, the employment rate is a staggering 97.6%.

Only these five universities in the Ivy League offer a law program to its students. Brown, Dartmouth and Princeton do not offer this program. Moreover, all of these abovementioned schools are great and very difficult to be ranked, but still, they have been ranked on the basis of a lot of things.