Using demand and supply graphs illustrate and explain the effect of the following events on the market for solar panels (assume ceteris paribus). In your answer, include an explanation of the market adjustment process.

(a) The price of solar panels is above the market equilibrium price.

(b) The price of electricity for an average household has decreased by 50 percent.

(c) The number of solar panel producers have increased by 50 percent.

The demand for watermelon, which is harvested in summer, is highest during the summer months and lowest during winter months. Yet watermelon prices are normally lower in summer than in winter. Use demand and supply graphs to illustrate and explain how this is possible. Clearly indicate the equilibrium price and equilibrium quantity in your graph.

Ceteris paribus, at the same time when the demand for yoga services has increased the government has also introduced strict regulations that has resulted in a fall in the number of yoga providers. Using demand and supply graphs illustrate and explain the impact on the equilibrium price and quantity in the market for yoga services?

In 2003, when music downloading first took off, Universal Music slashed the prices of a CD from an average of $21 to an average of $15. The company said that it expected the price cut to boost the quantity of CDs sold by 40 per cent, other things remaining the same.

(a) What was Universal Music's estimate of the price elasticity of demand for CDs?

(b) Given your answer in (a), If you were making the pricing decision at Universal Music, would you cut the price, raise the price or not change the price? Explain your decision.

Assume the government has removed all entry restrictions in an industry resulting in the creation of a perfectly competitive market structure. Using demand and supply graphs and cost curves illustrate and explain how this move will impact on the long run profit of these firms. 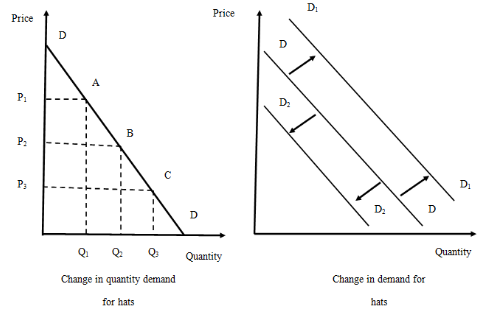 Figure 1: Change in demand and change in quantity demanded for hats

In economics, demand implies willing of buyers to buy something backed by their purchasing power. Now demand for goods depend on a number of factors.  Price is the foremost important factor in determination of demand. Other factors influencing demand are income, taste and preferences for the good, and price of the related good such as substitutes and complementary good. Demand curve depicts the relationship between price and quantity demanded of a good, keeping other factor constants. When price rises the demand for a good generally decreases (Kolmar, 2017). Similarly, when price decreases then quantity demanded increases given other factors.

Now, the concept of change in quantity demand is a narrow concept to capture changes that demand for a good face. In real life, it is very much unlikely that all other factors stay constant. The changes occur in demand due to factors other than price is called change in demand. The expansion of demand is reflected from a rightward shift in the demand while that of contraction in demand is seen by a leftward shift of the demand curve (Zinn et al., 2016). In case of demand change there is a shift in the entire demand curve rather than movement along the same demand curve.

a)Price of solar panel is above the market equilibrium price 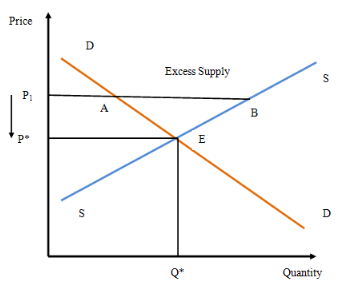 Figure 2: Effect of price above equilibrium

Above figure describes the market scenario in the solar panel market. The condition of demand is shown the demand curve DD and the supply situation is described by the supply curve SS. Point E symbolizes equilibrium in the market with P* as equilibrium price and Q* as equilibrium quantity. Consider, an upward revision of price that pushes price above the equilibrium price, say at P1. When price increases then demand goes down as it becomes costlier for people to purchase the product (Kolmar, 2017). Demand can be reduced or two reasons. Some of the buyers leave the market and those who still purchase the goods demand less o the good. Supply on the other hand increases. An increase in the price increases profit of the suppliers and thereby encourages them to supply more in the market. With this situation, supply in the market overflowed its demand leading to excess supply in the market. Excess supply pushes the price down towards equilibrium. 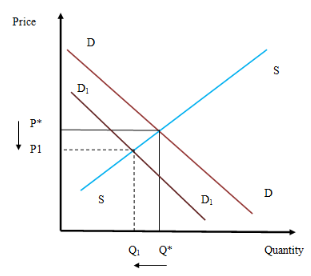 Figure 3: effect of a decline in electricity price

Other than price demand for and goods depends on several factors. Price of available substitutes and complementary good is one import factor determining demand. Electricity is a close substitute of solar panel. When price of electricity for average household decreases by 50 percent, then household increases demand for electricity. Solar panel then becomes relatively costlier for them (Kolmar, 2017). This depresses demand for solar panel causing a leftward shift of the demand curve. D1D1 is the new demand curve for solar panel. With a change in demand curve a new equilibrium is obtained. Price in the new equilibrium is P1 and quantity is Q1. 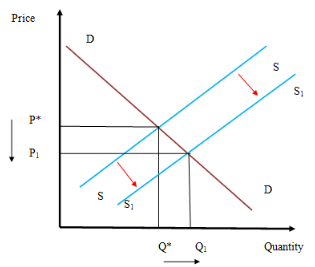 Figure 4: effect of an increase in number of producers

(Source: as created by author) 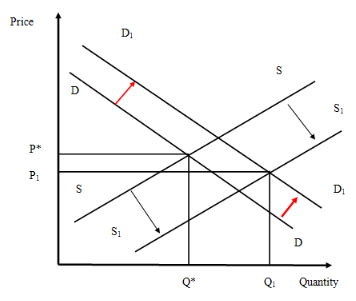 Figure 5: Market for watermelon in summer

(Source: as created by author)

In the market for yoga service, the demand for yoga services increases shifting the demand outward. At the same time government enforce strict regulation reducing the number of yoga service providers. There are now two opposite forces affecting the market outcome. High demand tends to increases both demand, price while reduced supply tend to reduce supply, and increases price (Zinn et al., 2016). Therefore, the effect on price is unambiguous that is price will definitely as for price both the forces have similar effect of raising price. The effect on quantity is ambiguous and it depends on specific situation. There are three possible cases as described below.

In this case, both price and quantity increases in the new environment. This is possible only when rise in demand dominates decrease in supply (Zinn et al., 2016). Change in demand is  shown by the magnitude of change in the demand curve. Demand curve shifts from earlier DD to the new position D’D’. The supply curve shifts leftward by the magnitude of supply change. The new supply curve is S’S’. Clearly, change in demand is greater than the change in supply. The new price is P1 and new quantity is Q1. 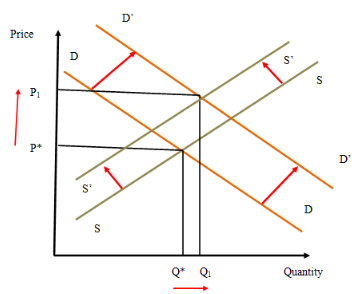 (Source: as created by the author) 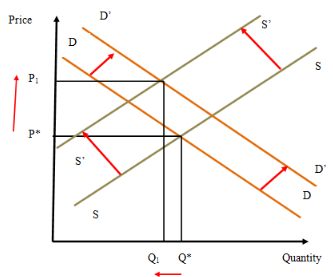 Figure 7: change in supply dominates the change in demand

In this case, supply changes are greater than the demand change. Therefore, the supply effect dominates here. The supply curve changes from SS to S’S’ because of a leftward shift of the supply curve. As above, demand curve also shifts from DD to D’D’ because of an increase in demand. The magnitude of supply change is greater than the magnitude of demand change. Hence, the effect on quantity is determined by the impact of supply change. As a result, in the new equilibrium price raises as stated and quantity reduces.

An extreme or hypothetical case is described here. Here, market quantity remains unaffected. Only change in market outcome is increases in the price. 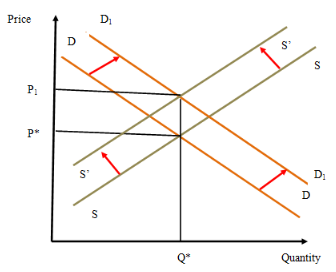 This happens when supply in market reduces in the same proportion as demand in demand. The effects of opposite forces on cancels out leaving market quantity unchanged (Kolmar, 2017). As seen from the figure quantity in the market remain fixed at Q* while price raise from P* to P1

a) The estimated demand change for Universal Music CD is 40 percent. The price slashed for CD is $15 from $21. The percentage change in price is obtained as 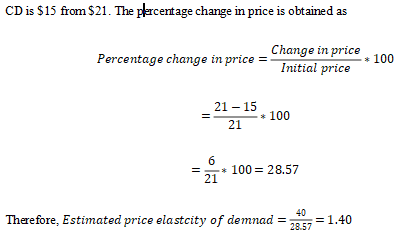 b) When price of a product changes, then demand also changes wither by greater, lower, or same proportion. This responsiveness depends on price elasticity of demand. As revenue depends on both price and quantity the information about elasticity is becomes important. A rise in price may not always result in a rise in profit (Zinn et al., 2016). Because if demand reduced by a greater percentage then it hurts revenue of the firms. On the other hand, firm many benefit from a price reduction if quantity increases by a larger proportion. Hence, the decision regarding price depends on the elastic response of demand. When demand changes in the same proportion as price then price revision has no impact on demand. The estimated price elasticity for Universal Music Company is 1.40. This means quantity change is greater than price change. Therefore, decision of price cut is suitable here. It will raise revenue of the firm by increasing demand largely. 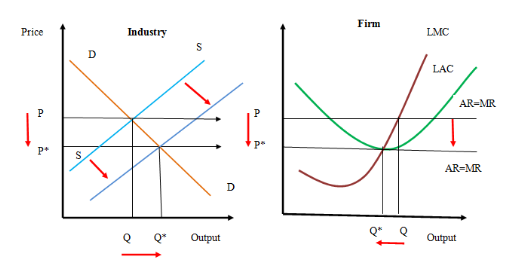 One of the key features of a perfectly competitive industry is that in the long-run firms get only normal profit. When government relaxes all the entry restriction in an industry, firms can freely enter in the market making the structure a competitive one. Firm will enter in the market when there is profit is more than more than normal profit in the market (Zinn et al., 2016). The above figure describes the situation for both firms and industry. For the firms, suppose price is initially at P. At this price average cost lies below the price. This means total cost is less than total revenue generating more than normal profit for firms. Given free entry, more firms will now enter in the industry, increasing total supply in the industry. The supply curve prevailing in the industry shifts rightward. This causes a reduction in the price for firms in the industry. The price continued to reduce until it reaches the level of minimum point of long run average cost.  This is the long run equilibrium condition for a competitive industry (Kolmar, 2017). Price reduces from P to P*. With a reduction in price and hence profit, each firm now supply less amount of good. The quantity firms reduce from Q to Q*. Because of a large number of firms in the industry, available quantity in the industry increases. At the price that equals to the minimum point of long run average variable cost, there is only normal profit.

Therefore, the removal of entry restriction by the government reduces the prospect of the firms to gain a profit more than the normal profit and the firms will end up with gaining only a normal profit by setting price equal to the minimum point long run average cost.