How can governments act to reduce unemployment through monetary or fiscal policy?
Why might such action be considered a bad idea?

The governments often employ both monetary and fiscal instruments to stabilize the economy. During seasons of depressed demand, expansionary policies such as reduction in the interest rates, tax cuts and increase in government expenditure are employed. On the other hand, when the economy is overheating, the governments deploy contractionary policies (Sloman, Wride, & Garratt, 2015). Therefore, this article examines how the monetary and fiscal policies can be used to reduce unemployment.

Reduction of the Bank Rate

The bank rate refers to the rate at which the central bank lends money to the commercial banks. This policy plays a vital role in determining the amount of money in the economy. When the central bank wants to increase the level of employment, it lowers the bank rate to encourage the commercial banks to borrow more money. The commercial banks will then lower their lending rates leading to an increase in borrowing by the public. As a result, the consumption levels in the economy will increase leading to expansion of businesses and a growth in investments (Mankiw, 2014). The expansion and establishment of new firms will provide jobs to the individuals and hence a reduction in the level of unemployment.

The Reserve Bank of Australia has made a significant cut the cash rate since the onset of the Global Financial Crisis (GFC). In 2007, before the GFC, the Australia’s cash rate was 7.25%. However, when the crisis began in 2008, the Reserve Bank of Australia reduced cash rate to 3%. This policy action, along with other fiscal instruments, helped Australia to avoid recession and thus protected the citizens from massive employment loss that was witnessed in advanced economies. The current cash rate stands at 1.5% (Scutt, 2017). These significant cuts in the cash rate have had a considerable impact in stimulating different sectors of the Australia’s economy. For example, the current boom in Australia’s housing sector is partially attributed to the low cost of borrowing. More houses are being constructed thus providing employment opportunities to many people.

Open Market Operations entails the purchase and sale of government securities by the central bank. When the government wants to increase employment in the economy, it purchases government securities. This action raises the reserves of the commercial banks making them lend more money to the public. As a result, consumption and investments levels grow to create more job opportunities for the individuals. During periods of depressed demand, the government of Australia purchases securities to stimulate economic growth and employment creation (RESERVE BANK OF AUSTRALIA, 2013). 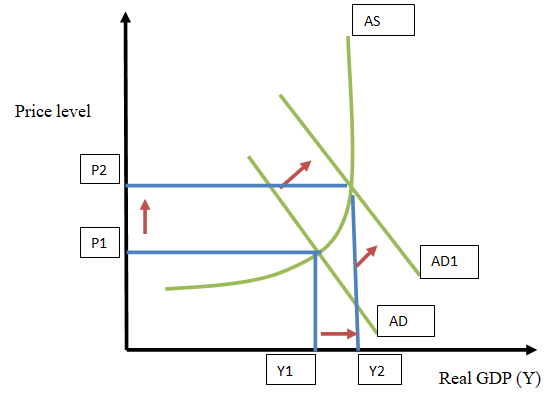 Taxation is one of the vital instruments employed by governments to spur economic growth and development. High taxes are detrimental to business activities as they discourage consumption and even investments. Therefore, when the government wants to increase employment creation, it reduces the taxes imposed on consumers and businesses. Tax reductions increase the incomes of consumers and hence high consumption. An increase in demand will increase the revenues of businesses leading to expansion of enterprises and job creation.

The government of Australia has taken some steps to reduce the tax burden in the country. For example, since the beginning of the 2017-2018 financial year, Australians whose taxable income exceeding $180 000 received a tax cut of 2% (Power, 2017). The corporate tax for small businesses entities was also slashed from 28.5% to 27.5% for the 2017-2017 trading period. Furthermore, in 2016-2017 Budget, the government announced its plan to progressively slash the corporate tax from 30% to 25% (Australian Taxation Office, 2016). Such moves are meant to stimulate economic growth and accelerate government’s efforts to curb unemployment.

The government can also stimulate economic expansion and enhance the creation of job through various programs. For instance, the government can fund new public work schemes like construction of roads, railway, ports, and bridges. Such initiatives are known to increase the disposable incomes of individuals and consumption levels and thus creating employment. In its efforts to boost job creation, the government of Australia is continually investing in infrastructure improvement. In fact, the use of this policy assisted Australia significantly to avoid economic downturn during the Great Depression of 2009. During this crisis, the government implemented two schemes, Economic Security Strategy package worth $10 billion and Nation Building and Jobs Plan worth $42 billion (Australian Government, 2017).

Using expansionary policies may not be effective especially if the targeted group fail to respond. For example, if the confidence is low, slashing taxes may not boost consumer expenditure as other people may prefer to save rather than spend. Likewise, lowering the interest rates may be infective if banks are reluctant to lend or when the consumers are reluctant to borrow (Sloman, Wride, & Garratt, 2015).

If the economy is near to full capacity, expansionary monetary and fiscal policies may be counterproductive. This is because increasing the amount of money will result in demand-pull inflation and thus detrimental to the economy. Low-interest rates may result in over borrowing and cause a speculative bubble where the prices of commodities increase exceedingly fast (Hubbard & O'Brien, 2013).

Additionally, expansionary fiscal instruments require high borrowing by the government. However, heavy borrowing may not be feasible for countries that have accumulated high amounts of debts or those with surging bond yields. Also, expansionary policies may result in crowding out effect in the long run. As a result, the private sector will be deprived funds for their investments and cause a decline in economic growth.

The governments usually employ expansionary monetary and fiscal policies to reduce unemployment. These policies involve a reduction in the interest rates, the purchase of government bonds and securities, tax cuts and increase in government expenditure. However, these policies may result in inflation and sometimes fail to work when there is low confidence among the consumers and producers.