A JAD session with key stakeholders revealed the following information. The business processes described below are the system requirements for this information system solution:

It has been decided to focus of building and implementing the customer relationship management application and run a separate project for the purchasing project later.  Therefore, do not model any of the purchasing system (this is where FFSL purchase from their suppliers).
Before a retail store can become a customer of FFSL, that store must fill in an application. Applications are reviewed by the management team and not all applications are approved. FFSL records the following details for all customers: Name, Business number, Address, Telephone, Email, Application date, Discount level, Sales area, and Date last visited.

The geographical sales areas for the sales people have been defined for the whole of Australia using current population numbers, however FFSL does not yet have enough sales people to cover all of Australia so some sales areas do not yet have a sales person assigned while some sales people are assigned to more than one geographical sales area in cities such as Melbourne.
Steven Smith wants to run a sales report on the first of every month that shows the amount of sales, per sales area and per sales person.
Steven Smith also requires that the following information on each sales visit be kept, the customer, the date of the visit, sales people (s) who visited, and amount of order.  Please note for unsuccessful sales visits to potential customers, it is planned that a customer called "potential customer" be created for each geographical sales area to track these visits.
The party plan representatives are expected to manage their own customers and work load so FFSL so does not store any details of the parties held.

Description: Scrum depends on using a cross-functional team. The team members of scrum is self-organizing regarding the cause, which there is not another complete team leader who is able to decide the works of team members related to the project or takes initiation in the problem solving among employees and project in-scope issues (Turk, France and Rumpe 2014). These reasons can be considered as the conditions, which are absolute through the team members, collectively, to be complete. Inside the agile Scrum approach, rather than providing complete, detailed descriptions of how all things are usually to become done on a task, the most of it is left roughly the Scrum application implementation team. The reason why being the team will know best how to fix the trouble they can be presented (Abrahamsson et al. 2017).

Advantages: The advantages are as following.

Description: Extreme Programming (XP) can be referred to the software engineering methodology that is definitely the most noticeable an amount of agile software improvement practices. Similar to the further agile procedures, Extreme Programming contrasts from customary methodologies principally in engaging higher assessment on flexibility than on liability (Turk, France and Rumpe 2014). End users of XP concern continuing alterations to requirements just as one frequently usual and inevitable feature of software implementation projects. It is to be assumed that adaptation to requirements alterations at any phase over the project life is a convincing and enhanced method than inadequate to outline all requirements at the beginning of a project and consuming strength to operate changes to the requirements. Software implementation activities within 1990s was formed by two chief influences such as internally, object-oriented programming substituted procedural programming as the programming pattern utilized (Krahn, Rumpe and Volkel 2014).

Advantages: The advantages are as following.

Description: The Unified Process (UP), or simply Unified Software Development Course of action, is a iterative and also incremental software development platform from which a customized activity is usually defined.  This platform is made up of many elements and features really been transformed numerous moments in making quite a few variations.  The most well-liked distinctions range from the Realistic Unified Course of action (RUP) as well as Clear Unified Course of action (OpenUP) (Fuggetta and Di Nitto 2014).  This platform carries quite a few important features what apparently bring on pretty much all variations. It is really an iterative and also incremental improvement framework. It can be architecture-centric with huge function being carried out to make sure you identify and also validate a system design and style for all cryptography is without a doubt done. It can be risk-focused and also draws attention that highest-risk reasons wind up being answered found in the earliest deliverables possible (Kaur and Sengupta 2013). It can be use-case and also UML style enticed with most conditions staying known found in one of those forms.

The phases of the methodology are as following.

Inception: The primary target about the Inception phase may be to grow the truth for the viability from the planned system. This four fashions tend to be discussed this huge a natural part of it sequence, This All five Workflows (Perkusich et al. 2015). The major milestone regarding the Inception phase is named Life-Cycle Objectives.

Elaboration: The primary target about the Elaboration phase may be to grow the cabability to put together the new process offered these money restrictions, routine restrictions, or other varieties restrictions that the increase undertaking faces (Fuggetta and Di Nitto 2014). This initiates if this part tend to be catching a normal functioning flavor the remaining functional conditions, growing these pick construction right into a entire system basic, which happens to be a inner relieve the system guided toward meals these construction, spanning critical hazards during an on-going time frame and also finalizing the corporation case for the undertaking and also making some sort of undertaking program which contains enough details to steer the next phase from the project.

Construction: The primary target about the Construction phase is without a doubt to construct a head unit proficient at running productively found in toy with customer’s environments (Perkusich et al. 2015). During Construction, these undertaking club works tasks that involve generating the system iteratively and also incrementally, ensuring that these viability from the process is consistently proven found in practicable form.

Transition: The primary target about the Transition phase may be to list out fully functional process to make sure you customers. During Transition, these undertaking club is targeted on fixing issues and also modifying the system to mend earlier unidentified problems. The major milestone regarding the Transition phase is named Device Release. 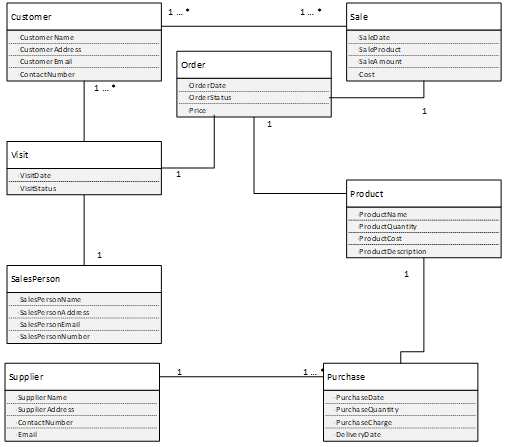 This problem has been solved.


Please send an Email to help@urgenthomework.com with the Payment ID and the link to the document to collect by email

To export a reference to this article please select a referencing stye below.