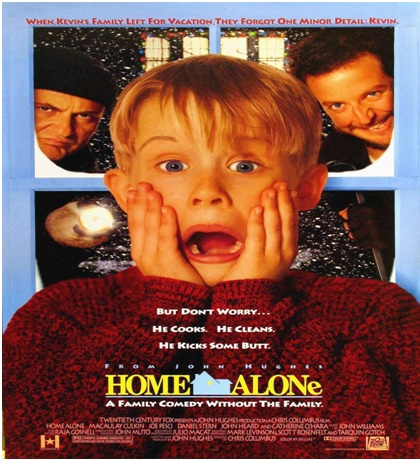 Since Christmas is almost here, this is the best time to forget all your worries, a pressure of the office work or the homework or assignments and spend the holiday time with your near and dear ones.

Christmas, as we all know, has been considered always the best time for merrymaking, spreading the joy, warmth and love and compassion. Nowadays the busy lifestyle most of the time doesn’t allow to spend the time according to one’s choice. Sometimes we stay away for job purpose and sometimes for study. Some of us become too busy to make room for others in our life and some of us, well, are not so social and love to lead a secluded life. Whichever type you are, one thing is for sure! Christmas is the time to be happy and jovial. Therefore do whatever you feel like doing like reading books, visiting new places, meeting new people or simply enjoying movies by yourself or with your family.

People of all ages love to watch movies. Movies also help us to relax after a tiresome day. By yourself or with your family and friends, movies can be enjoyed in both ways. Parents can bond with their children and revisit their own childhood days by travelling down the memory lane while watching the same Christmas movies with their kids. Even though many movies release every year, there are some classic Christmas and Holiday movies which can not be missed by anyone. Let’s take a look at those movies which you can enjoy by watching again with your family or by watching for the first time.

Here is the list of those five movies that can be considered as some of the ultimate Holiday season classics.

‘Home Alone’ is an all-time popular American family comedy film, directed by Chris Columbus, written and produced by John Hughes in 1990. Macaulay Culkin plays the role of Kevin McCallister, the eight-year-old male protagonist of the film. According to the story, Kevin is left behind mistakenly while the rest of his family flies to Paris to spend their Christmas vacation there. Kevin initially begins to enjoy his solitude since just the night before their journey he got into a huge fight and longed to see everybody’s gone the next day. However, things become a little bit complicated when he met two burglars played by Daniel Sterm and Joe Pesci. Catherine O’Hara and John Heard played Kevin’s father and mother. The movie is about how Kevin defends himself and his house against the burglars and defeats them, single-handedly.

Undoubtedly Macaulay’s fabulously natural acting is the best asset of the movie. The comic timing and the storyline evoke genuine laughter. The storyline and the main protagonist make this movie so popular that three sequels had been made for this movie along with three video games. Since this movie also makes us understand the value of family and the love for each other it has remained always one of the most popular Christmas classics. Home Alone series also features a commercially successful sequel, Home Alone 2: Lost in New York. However, Home Alone 3, has a completely different star cast and storyline. Home Alone 4 features a mix of some previous and new actors, but with a new cast and a storyline

‘The Grinch’ is an American musical fantasy-comedy made by Universal Pictures and Imagine Entertainment. The movie is based on the story written by Dr. Seuss in 1957, titled, ‘How the Grinch Stole Christmas!’ Since the entire movie was based on a children’s picture book, many things had been added to increase its length. Ron Howard directed the movie and produced it with Brian Grazer. The main attraction of the movie is Jim Carry who played the role of the Grinch and also Taylor Momsen who played the role of young protagonist Cindy Lou Who. It has won the Academy Award in Best Makeup Category and got the nomination for Best Art Direction and Best Costume Design.

The plot initially focuses on the cheerful Christmas celebration in the city of Whovellie where everyone except the Grinch is happy and cheerful, busy planning for Christmas. Surprisingly Grinch doesn’t take part in this festivity since most of his classmates used to make fun of his weird appearance and crude behavior. On Christmas, he made a gift for his childhood crush Martha May who was compassionate towards her. In order to straighten his appearance, he cut himself and got ridiculed by his classmates, especially Augustus May Who, the present mayor of Whoville. He became very angry and created a mess in this classroom and hence, the birth of the legend of the Grinch. The story is all about how Cindy makes the Grinch forget everything and restores the old spirit of Christmas.

‘Peter Pan’ is a film released by Universal and Columbia Pictures and Revolution Studios in 2003. After Disney’s version, this was the first faithful film adaptation of J.M.Barrie’s play. The movie was directed by P. J. Hogan and the screenplay was written by Michael Goldenberg, based on the classic play by J. M. Barrie. Jeremy Sumpter played the role of Peter Pan; Rachel Hurd Wood played the role of the female protagonist Wendy Darling. The film was set against the backdrop of the 19th century. According to the story, Peter and his fairy friend Tinker Bell came to the Darling household by being enchanted by the stories told by Wendy Darling. That day only, Wendy managed to catch a glimpse of Peter while he was hovering over her bed. However, the next night Wendy finally managed to confront Peter directly and he asked her to come to Neverland with him to be the ‘mother’ of the lost boys of his gang. Then Wendy along with her two brothers, John and Michael left for Neverland led by Peter. The rest of the adventure revealed how they confronted ferocious captain Hook and defeated him and ended the journey with a promise to meet again with each other.

The greatest asset of the movie is the casting team. The protagonists are like Zeffirelli’s‘Romeo and Juliet’ were young. The movie was full of fairy tales like adventure and setting. It’s always the world of timeless youth. Besides this, the movie also made us understand the power of love and friendship.

‘The Nightmare Before Christmas’ was a 1993 fantasy film directed by Henry Selick and produced and co-written by Tim Burton. The story revolves around the protagonist Jack Skellington of Halloween Town. He accidentally opens up the portal leading to Christmas town. The overwhelming preparation for Christmas makes Jack wish to celebrate Christmas. The rest of the story reveals how he manages to do it with the support of his neighbors and bats and ghouls of the Halloween Town and still manages the true spirit of Christmas.

‘A Christmas Carol’ is Disney’s 3D animated movie, released in 2009. The film was directed by Robert Zemeckis. It’s based on the story written by the famous author Charles Dickens. Famous actor Jim Carry played the role of the main protagonist Ebenezer Scrooge. Fabulously he played multiple roles: the roles of young, middle-aged and old Scrooge, the three ghosts who haunted Scrooge. The film was produced through the motion capture process.

The plot opens with Scrooge, the bitter miser and old money-lender at London. In order to spend money unnecessarily, he refused everything about Christmas and every joyful and cheerful thing about it. He refused to attend the Christmas party hosted by his nephew Fred, forced his employee Bob Cratchit to beg to let him take the day off. On that very night, Scrooge was visited by three ghosts of Christmas past, present and future that took him on a tour and made him realized the value of Christmas and changed him entirely for good.

So gather some Popcorn, call over your loved ones and watch an amazing Christmas Movie Marathon!

There are so many more wonderful Holiday Season Classics. Which ones are your favorite, do let us know in comments!

2 thoughts on “5 Christmas Movies You Need to Watch Right Now !”